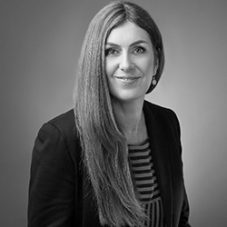 Dr Nicole Renvert is a political scientist and historian with a special focus on foreign and security policy and the analysis of think tanks, foundations, and Non-Governmental Institutions. She has studied History, International Relations, and Political Science at the Universities of Bonn, the Sorbonne, and Georgetown University.

Nicole has worked for the United States Holocaust Memorial Research Institute (USHMM), the World Bank and the OSCE. She was the Director of the Transatlantic Project of the Bertelsmann Foundation and held assignments with the Herbert-Quandt-Foundation, Altana AG, the Robert Bosch Stiftung, and the Aspen Institute Berlin.

Dr Renvert was a Visiting Fellow at the Policy Planning Division of the German Foreign Office, at the American Institute for Contemporary German Studies (AICGS) in Washington, DC, the Institute for Foreign Relations (ifa) in Stuttgart and at the Käte Hamburger Kolleg for Global Cooperation Research. From 2008- 2014, she was a Researcher at SWP, the German Institute for International and Security Affairs, and became Member of their Economic Advisory Board in 2015.

Nicole Renvert is now an Associate Fellow at the German Council of Foreign Relations in Berlin and Member of the Executive Board of the Asia-Pacific Committee of German Business (APA) in Berlin.