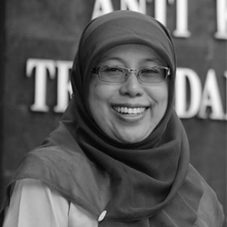 Nina Nurmila is a Professor of Gender and Islamic Studies at the State Islamic University (UIN) Bandung, Indonesia, and one of the commissioners of the National Commission on Violence Against Women (Komnas Perempuan) from 2015-2019.