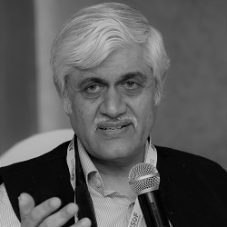 Pankaj Batra is Project Director for the South Asia Regional Initiative for Energy Integration (SARI/EI) at Integrated Research and Action for Development.

In his current role, he is responsible for spearheading the SARI/EI program and ensuring attainment of its objectives of promoting integration of Energy Systems and enhancing Cross-Border Energy Trade among the South Asian countries.

Pankaj is considered as a thought leader in the power industry in India, with more than 35 years of experience across several key positions.

Prior to this assignment, he served as the Chairperson and Chief Executive Officer of the Central Electricity Authority, responsible for overall development of the Indian power system including hydropower, thermal and renewable power, and the transmission and distribution system of the country. He was also Member (Planning) and ex-officio Additional Secretary to the Government of India and oversaw various policy and planning functions, including the Electric Power Survey Report on long term demand forecasting, and a National Electricity Plan on generation planning, coal and gas supply to power stations, renewable sources of energy, and more.