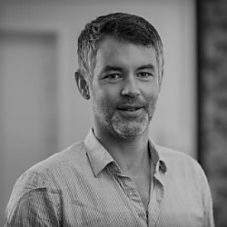 Paul O’Shea is a Senior Lecturer at Lund University’s Centre for East and South-East Asian Studies.

Paul completed his PhD at the University of Sheffield and Tohoku University, Japan, in 2012. After this he moved to Scandinavia, and has been there ever since. Starting as a Postdoctoral Research Fellow at the Stockholm School of Economics, he moved to Lund University briefly before taking a position as a Lecturer at Aarhus University, Denmark, from 2013. Finally, he re-joined Lund University’s Centre for East and South-East Asian Studies as as Associate Senior Lecturer in the autumn of 2016 and became a Senior Lecturer in spring 2020.

Paul’s research interests focus on the international relations of East Asia, in particular Japan and its relations with China and the United States. Paul has published articles, books, and book chapters on a variety of topics including regional territorial disputes, military bases, and US influence on Japanese policy-making. His research is also interested in how international politics affects everyday life in a range of ways, from food consumption to the environment as well as rural policy and immigration.