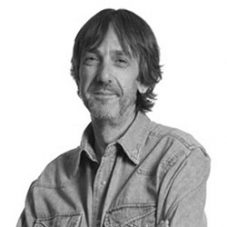 Professor Paul Pickering is the Director of the ANU Australian Studies Institute. Paul’s research and teaching interests are very broad. He has published extensively on Australian, British and Irish social, political and cultural history as well as biography, public memory and commemoration and the study of reenactment as an historical method.

Previously he was Deputy Director (2010-12), Director of Graduate Studies (2004-9) and a Queen Elizabeth II Fellow at the Humanities Research Centre (2000-4). He was the Convenor of Graduate Studies in History (2002-6) and Interdisciplinary and Cross Cultural Research (2007-13). He was inaugural Director of the ANU Centre for European Studies in 2010-11. Paul is a Fellow of the Royal Historical Society (1996-), a member of the Board of the Australian Dictionary of Biography (2009-) and Editor of Humanities Research(2009-).

In 2012 he was the recipient of the Vice Chancellor’s Award for Excellence in Supervision. His recent books include Contested Sites: Commemoration, Memorial and Popular Politics in Nineteenth Century Britain(2004) and Unrespectable Radicals? Popular Politics in the Age of Reform(2007) Feargus O’Connor: A Political Life(2008) and Historical Re-enactment: From Realism to the Affective Turn(2010). In 2013 he was awarded an Andrew Mellon Research Fellowship at the Huntington Library in California, a Vice Chancellor’s Research Fellowship at Newcastle University in England and a Visiting Research Fellowship at St. Andrews in Scotland.