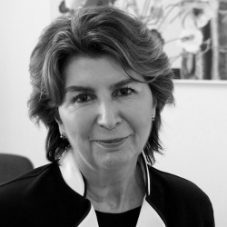 Pauline Vamos is Chief Executive Officer of Regnan, an Australian provider of environmental, social and corporate governance research and engagement.

Prior to joining Regnan in 2017, Pauline was the CEO of the Association of Superannuation Funds of Australia (ASFA) and has over 25 years’ experience in the financial services industry.

In the three years prior to 2007 when she joined ASFA, Pauline consulted to the financial services industry and was on a number of boards. Pauline was also a senior executive with the Australian Securities and Investments Commission (ASIC) for seven years and in that role, managed the implementation of the Managed Investment Act and the Financial Services Reform Act.

She has also been a corporate counsel, head of compliance, and strategic risk consultant, as well as a trustee director.

Pauline has recently consulted to the UK Pensions Regulator and implemented a governance project for Professional Trustees.