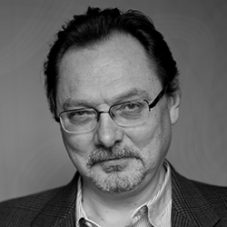 Dr. Pavel K. Baev is a Research Professor at the Peace Research Institute Oslo (PRIO); he is also a Senior Non-Resident Fellow at the Center on the US and Europe (CUSE) at the Brookings Institution, Washington DC, and a Senior Research Associate at the Institut Francais des Relations Internationales (IFRI, Paris). After graduating from the Moscow State University (MA in Political Geography, 1979), he worked in a research institute in the USSR Defence Ministry, received PhD in International Relations from the USA & Canada Institute, USSR Academy of Sciences (1988), and then worked in the Institute of Europe, Moscow, before joining PRIO in October 1992.

His research interests include the evolving confrontation between Russia and the West shaped by the Ukraine crisis; the energy and security dimensions of the Russian-European relations, the transformation of the Russian military, Russia’s policy in the Arctic, and post-Soviet conflict management in the Caucasus and the greater Caspian area.