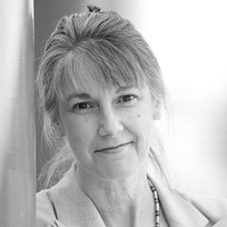 Trained in the United States, she has held positions at the Princeton Institute for Advanced Study, Kapteyn Astronomical Institute in the Netherlands, and the Australian National University (ANU). As a Research School Director, she led the multi-million dollar effort to rebuild the world-renowned ANU Mt Stromlo Observatory after it was destroyed in 2003 by bush fires, re-establishing it as an international centre for research, training, and high-tech instrumentation. A highly cited researcher, she has received awards for teaching and service.

As Chief Scientist for Australia (2008-2011), Professor Sackett provided independent advice to the Australian government on science and innovation, and was a vocal champion of evidenced-based decision making. She spearheaded the introduction of long-term, cross-portfolio and cross-disciplinary foresight into the Prime Minister’s Science, Engineering and Innovation Council, and opened new channels of communication to the Australian public, particularly on matters related to sustainability such as energy, water, climate change, food security and life-long learning.

Professor Sackett is member of the Australian Capital Territory’s Climate Change Council and its Renewable Energy Innovation Business Advisory Board. She also serves on Science Advisory Board of the Potsdam Institute for Climate Impact Research in Germany.

She holds an academic Honorary Professorship at the ANU Climate Change Institute, and provides private strategic advice through her consultancy.