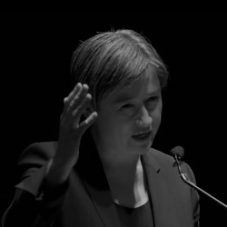 Penny Wong is an Australian Labor Party Senator for South Australia and Shadow Minister for Foreign Affairs. She is also Leader of the Opposition in the Senate.

Before entering politics she worked for a union, as a ministerial adviser in the New South Wales government, and as a lawyer.