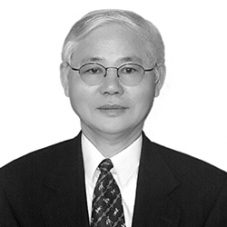 Dr Peter Chow is a professor of economics at the City College and Graduate Center, City University of New York.  He was a research associate at the National Bureau of Economic Research and a contractual consultant for the World Bank. In the past years, he served as a visiting research fellow at the University of California at Berkeley, the Hoover Institution at Stanford University, and visiting professor at Nagoya National University, Academia Sinica in Taiwan and National Taiwan University.

His major interest is in economic development and trade, with focus on late industrialized countries in East Asia with a book on “Trade and Industrial Development in East Asia,” published by  Edward Elgar in 2012.

He published more than 50 articles in academic journals and chapters of books, and presented more than 100 papers at academic conferences and think tanks.  He has published and edited more than 10 books in economics and political economy, such as “Trade: The Engine of Growth in East Asia”, Oxford University, “Weather the Storms: Taiwan, Its Neighbors and the Asian Financial Crisis”, Brookings Institution,  “Taiwan in the Global Economy”, “Taiwan’s Modernization in Global Perspective”, both from Prager, “China’s Economy after Deng”, University of Maryland Law School, “Economic Integration, Democracy and National Security in East Asia”, Edward Elgar, “The ‘one China’ Dilemma”, Palgrave Macmillan, “National Identity and Economic Interest”, Palgrave Macmillan, “Economic Integration Across the Taiwan Strait”, Edward Elgar, and “U.S. Pivotal to Asia and Cross Strait Dynamics: Economic and Security Nexus”, Palgrave Macmillan. His most recent book is “The Trans Pacific Partnership and the Path to Free Trade in Asia Pacific”, which is forthcoming from Edward Elgar. Since 1998, he has been serving as the Executive Director of the American Association for Chinese Studies.