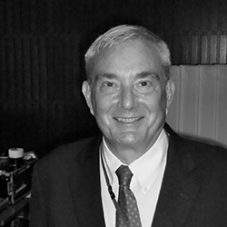 Peter Grabosky is Professor Emeritus in the School of Regulation and Global Governance (RegNet) at the Australian National University. A Fellow of the Academy of the Social Sciences in Australia, he holds a PhD in Political Science from Northwestern University. His interests lie in the areas of cybercrime, regulation, policing, and the role of non-state actors in public policy.

A former Russell Sage Fellow at Yale Law School, he has received the Sellin Glueck Award from the American Society of Criminology; the Mannheim Prize from the Centre International de Criminologie Comparée, Université de Montréal; and the Gilbert Geis Lifetime Achievement Award, from the White Collar Crime Research Consortium, 2012.

He is the author of Cybercrime (Oxford University Press 2016); Crime and Terrorism (2010 with M. Stohl); Lengthening the Arm of the Law: Enhancing Police Resources in the 21st Century (2009 with Ayling and Shearing), and Cyber Criminals on Trial (2004 with R. Smith and G. Urbas). The latter book won the Distinguished Book Award of American Society of Criminology’s Division of International Criminology.