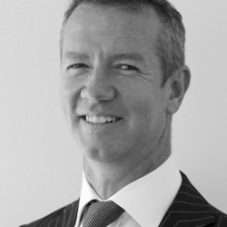 Peter Hartcher is an award-winning Australian journalist and the Political and International Editor of the Sydney Morning Herald. He is also a Visiting Fellow at the Lowy Institute.

Peter won the Gold Walkley Award for his investigative series into how Australia secretly negotiated a security treaty with Indonesia. He also won the Citibank award for business reporting for his coverage of the Asian economic crisis. He was a Walkey finalist in 1992 for an investigative account of how Paul Keating challenged Bob Hawke for the Prime Ministership of Australia, and again in 2003 for his analysis of US motives for the invasion of Iraq. Peter has been called twice to testify as an expert witness to inquiries into Australia’s relations in the Asia Pacific and commissioned to write essays on Asia for the Washington-based foreign policy journal The National Interest.

His book, The Ministry, the first detailed study in English of Japan’s Ministry of Finance, is a window onto Japan’s disastrous bubble economy and an insight into how Japan works. It was published in Japanese in 1997, and then in the US by Harvard Business School Press, in 1998. It was very positively reviewed. His other books include Bubble Man, The Sweet Spot and To the Bitter End.