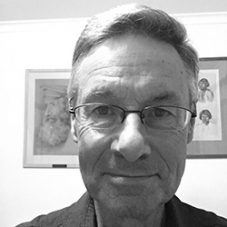 After graduating from Adelaide University in English literature, and then from the University of Canberra in the natural and biological sciences, Peter Martin worked in London as a science editor for Dent Publishers. After time in Italy then in Adelaide as a teacher of English as a second language, he worked as an editor for the Australian Government Publishing Service, then joined CSIRO as a science communicator. After a period with UNESCO water sciences in the mid-1990s, he returned to CSIRO as Deputy Manager of its international program. In 2001 he moved to the CRC for Australian Weed Management, then later to the CRC for Contamination Assessment and Remediation of the Environment (CRC CARE). In 2014 he initiated the Wakefield Futures Group, a group of ten senior Australian scientists, writers and policymakers that considers sustainability issues.

He is president of the SA branch of Sustainable Population Australia, and chair of the Kangaroo Island Conservation Landowners Association. He has lectured at UniSA, presented at conferences and published in various media, including an article in The Conversation in 2017 on the implications of alternative social and economic measures for population planning (https://theconversation.com/why-a-population-of-say-15-million-makes-sense-for-australia-78391).