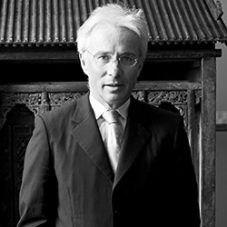 Peter Sands is a Senior Fellow at the Mossavar-Rahmani Center for Business and Government at Harvard Kennedy School, where he works on issues of relating to financial markets and regulation, and topics relating to the economics and financing of global health. Peter is also a Fellow of the Blavatnik School of Government, Oxford University. He is lead Non-Executive Director of the United Kingdom’s Department of Health and is an advisor or board member to several technology start-ups in the finance and healthcare arenas.

Peter was Group CEO of Standard Chartered PLC, one of the world’s largest international banks between November 2006 and June 2015, having joined the board in May 2002 as Group Finance Director. Prior to joining Standard Chartered, Peter was a Director and Senior Partner at McKinsey & Co, the world’s leading strategy consultancy. Peter started his career at the United Kingdom’s Foreign and Commonwealth Office.

Peter has been on a wide range of boards including the World Economic Forum, Institute of International Finance and International Monetary Conference. He was on the International Advisory Board of the Monetary Authority of Singapore, Co-chair of the UK-India CEO Forum and a Global CEO Council for the Premier of China.