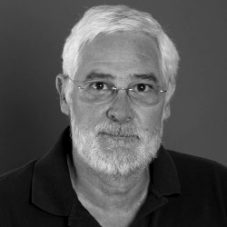 Professor Peter Saunders was the Director of the Social Policy Research Centre (SPRC) at the University of New South Wales (UNSW) between 1987 and 2009 and currently holds a Research Chair in Social Policy within the Centre.

His research interests include poverty and income distribution, household needs and living standards, social security reform, social exclusion and inclusion, comparative social policy and ageing and social protection. He was elected a Fellow of the Academy of the Social Sciences in Australia in 1995, and was an Australian Professorial Fellow working on the concepts and measurement of poverty, deprivation and social exclusion in Australia between 2004 and 2009.

He is currently extending that analysis to examine children’s perceptions of economic adversity and social exclusion in Australia, Hong Kong and Taiwan. He was the first President of the Australian Social Policy Association between 2009 and 2013 and has been President of the Foundation for International Studies on Social Security since 2009. In 2015 he was appointed a member of the Advisory Board of the World Bank Commission on Global Poverty.