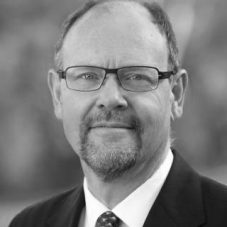 In April 2010 he was appointed the Chairholder of the UNESCO Chair in Water Economics and Transboundary Water Governance and between August 2013 and July 2014 served as Executive Director at the Australian National Institute of Public Policy. He currently serves as the Director of the Food, Energy, Environment and Water Network.

He is the recipient of several prestigious awards including the National Water Commission Professor Peter Cullen Eureka Prize for Water Research and Innovation (2011), Royal Bank of Canada Distinguished Lecture (2017), the Vice-Chancellors’ Award for Education, Excellence in Supervision, and the ANU Commendation for Outstanding Contribution to Student Learning (2011).

Previously he was Chief Economist and Executive Director of the Australian Bureau of Resources and Energy Economics, Senior Fellow at ANU Centre for Resource and Environmental Studies, and Director of the Institute of the Environment at the University of Ottawa, Canada. He has an abiding interest in the problems of the environment and public policy, especially the over-exploitation and management of renewable resources (particularly water and fisheries), the economics of energy, and the economics of non-renewable resources.

He has published more than 160 scholarly articles in some of the world’s leading journals in economics and the life sciences, 47 chapters in books and encyclopedia contributions, and 17 edited or co-authored books. These include Risks, Rewards and Regulation of Unconventional Gas: A Global Perspective (2017), Understanding and Managing Urban Water in Transition (2015), and Water Security, Economics and Governance (2013).

He has served in numerous advisory roles and expert panels in Australia and overseas, including as Chair of the Social and Economics Reference Panel of the Murray-Darling Basin Commission and Australian Council of Learned Academies Expert Working Groups.