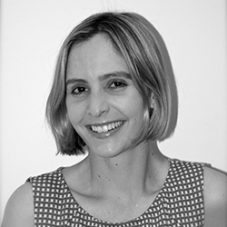 Rachelle Cole is a teacher, community leader and commentator who works on educational disadvantage, language learning and Australia’s relationship with Asia. She is currently the Head of Languages at Glenroy College in Melbourne’s northern suburbs, having recently completed Teach for Australia, a program that attracts high-achieving graduates into the teaching profession to teach at disadvantaged schools.

In addition to teaching and her community activities, Rachelle also regularly writes about education policy and Australian youth engagement with Indonesia, a country in which she has lived for several years. Rachelle has degrees in International Relations and Asian Studies with first class honors from the Australian National University and the University of Sydney, as well as a Graduate Diploma of Teaching (Secondary) from the University of Melbourne. She is a 2016 Fulbright Scholar and is about to begin her Masters in Education at Stanford University.