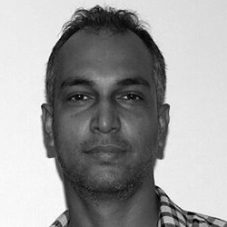 Rajesh Soami is a PhD research scholar at School of International Studies, Jawaharlal Nehru University, New Delhi. He is currently working on his thesis, titled ‘Russian Response to European Union’s Eastward Expansion’. He received his M.Phil from the same university having completed his study of Japan-Russia relations. As part of this, in 2013 he submitted a dissertation on ‘The Kuril Islands Dispute, Emerging Dynamics’ .

Previously, Mr Soami has worked as a Research Associate on a UNICEF-commissioned project for the Centre for Development and Peace Studies. He is interested in the foreign policy of India, peace and security issues and Russian affairs. He has previously written for the Indian media on the Syrian crisis, India-Israel and India-Iran relations. He also writes on contemporary issues for online magazines. Mr Soami is also a passionate amateur badminton player and also loves to watch football.