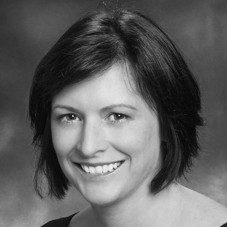 Renée Fry-McKibbin is a Professor of Economics in the Crawford School of Public Policy at The Australian National University, and Fellow of the Academy of Social Sciences. She directs three research programs in the Centre for Applied Macroeconomic Analysis (CAMA).

Renée’s research focuses on financial market and macro-econometrics. She develops frameworks to model the transmission of international economic and financial market shocks to small open economies. She holds an Australian Research Council Discovery Project grant looking at ‘Australia’s resilience to recession,’ and recently completed a grant on ‘Commodity Cycles.’ Her principal publications appear in the Journal of Business and Economic Statistics, the Journal of Economic Literature, the Journal of Banking and Finance, and Quantitative Finance.

Previous positions include Associate Dean (Research) of ANU College of Asia and the Pacific (2014-2018), membership of the Research Excellence Committee for the Evaluation of Research in Australia for the Australian Research Council (2018), Australian Business Deans Council Journal Ranking Steering Committee (2019), Associate Editor of the Journal of Banking and Finance (2015-2019), Director of CAMA (2012- 2014), Deputy Director of CAMA (2009 and 2012), and Research Associate of Cambridge Finance and Policy at the University of Cambridge (2008-2012).

She has been a visiting scholar or consultant to the European Central Bank, the Bundesbank, the Federal Reserve Bank of Atlanta, the International Monetary Fund, the Bank of England, the Department of Prime Minister and Cabinet, the Australian Federal Treasury, AUSAID, the New Zealand Treasury and the Reserve Bank of New Zealand. In 2017 she won the Dean’s Award for Excellence in PhD Supervision. She completed her PhD in Economics at the University of Melbourne in 2002.