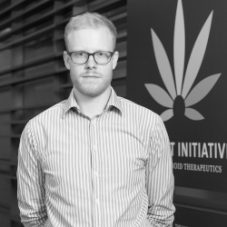 Rhys is a political economist, cannabis industry expert and educator.

Since attaining Honours (First Class) at the University of Sydney for his thesis on the political economy of North American cannabis markets, Rhys has been engaged by several domestic and international medicinal cannabis organisations and is now the Senior Project Officer at the University of Sydney’s Lambert Initiative for Cannabinoid Therapeutics. Rhys is responsible for the management of multiple internal projects and acts as a key interface between the Lambert Initiative and government, regulators, industry and consumers.

Rhys has appeared in several major news outlets including the Huffington Post; the Sydney Morning Herald; ABC Radio PM; and The Age. His industry analysis has been cited by Deloitte Access Economics; the Department of Economic Development, Jobs, Transport and Resources in Agriculture Victoria; and the Office of Drug Control. He has also spoken on the political, regulatory and economic features of medicinal cannabis at events in every State and Territory in Australia.