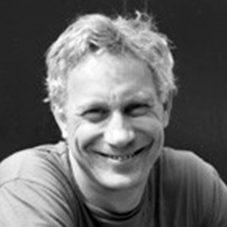 Rich Little is a Senior Research Scientist and Research Group Leader in Fisheries Assessment and Economics in the Commonwealth Scientific and Industrial Research Organisation (CSIRO) Oceans and Atmosphere, based in Hobart, Australia.

Much of this work has focused on the Coral Reef Finfish Fishery of the Great Barrier Reef (GBR), where he has led the development of a computer-based decision support tool called ELFSim (the Effects of Line Fishing Simulator) that is used to explore the impact of spatial, and other management strategies, on the valuable line fishery in the GBR World Heritage Area.

In 2007, he was seconded as a visiting scholar to the Crawford School of Public Policy at The Australian National University in Canberra, Australia.

In 2003 he was awarded the Early Career Research Prize from the Modelling and Simulation society of Australia and New Zealand, and in 2007, he received the CSIRO Julius award for mid-career research.

He has recently proposed the use of financial derivatives for fisheries and environmental management, and calculated prices for such instruments to insure sustainable fisheries in Australia. He has also recently shown how financial risk management products can be used for climate adaptation purposes, in sectors exposed to risk of warming oceans.