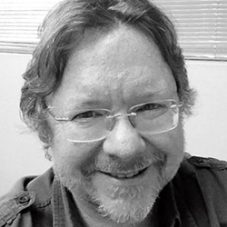 Richard A Bitzinger is a Visiting Senior Fellow with the Military Transformations Program at the S.Rajaratnam School of International Studies, Nanyang Technological University, Singapore. His work focuses on security and defence issues relating to the Asia-Pacific region, including military modernisation and force transformation, regional defence industries and local armaments production, and weapons proliferation.

Mr Bitzinger has written several monographs and book chapters, and his articles have appeared in such journals as International Security, The Journal of Strategic Studies, Orbis, China Quarterly, and Survival. He is the author of Towards a Brave New Arms Industry? (Oxford University Press, 2003), “Come the Revolution: Transforming the Asia-Pacific’s Militaries,” Naval War College Review (Fall 2005), Transforming the U.S. Military: Implications for the Asia-Pacific (ASPI, December 2006), and “Military Modernization in the Asia-Pacific: Assessing New Capabilities,” Asia’s Rising Power (NBR, 2010).

He is also the editor of The Modern Defense Industry: Political, Economic and Technological Issues (Praeger, 2009). Mr Bitzinger was previously an Associate Professor with the Asia-Pacific Center for Security Studies (APCSS), Honolulu, Hawaii, and has also worked for the RAND Corporation, the Center for Strategic and Budgetary Affairs, and the United States Government.

In 1999-2000, he was a Senior Fellow with the Atlantic Council of the United States. He holds a Masters degree from the Monterey Institute of International Affairs and has pursued additional postgraduate studies at the University of California, Los Angeles.