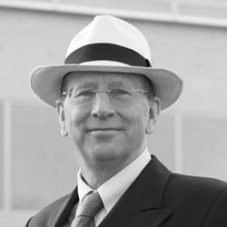 Richard Baldwin is Professor of International Economics at the Graduate Institute, Geneva. He advises governments and international organisations around the world and is the author of numerous books and articles on international trade, globalisation, regionalism, and European integration.

Richard is Editor-in-Chief and founder of the economic portal VoxEU.org, and former President of Center for Economic Policy Research in Washington, DC.

Richard was Visiting Professor at the University of Oxford from 2012-2015, and at Massachusetts Institute of Technology (MIT) in 2003. He was a Senior Staff Economist for the President’s Council of Economic Advisors in the Bush administration. Richard gained his PhD in Economics at MIT with Paul Krugman with whom he has co-authored several articles.