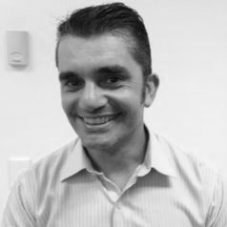 Richard De Abreu Lourenço is a Research Fellow with the Centre for Health Economics Research and Evaluation at The University of Technology, Sydney. He is currently working as the Project Manager for the Cancer Research Economics Support Team (CREST) and as part of the team on the CRE for the REFinE primary care project. As well as a keen interest in the health economics of specialty areas such as oncology/haematology, and primary health care, Richard is also interested in patient preferences and quality of life assessment.

Richard started as a health economist in the late ’90s after commencing his career as an Economist with the Reserve Bank of Australia. Since then he has worked in research, the NSW Health Department, and the majority of the time in the field of market access and reimbursement for pharmaceuticals and medical devices in Australia with Novartis Pharmaceuticals and Covance respectively. He holds an MEc (Hons) from Sydney University, and a BEc (Hons) from Murdoch University. Richard is currently undertaking a PhD in Health Economics focusing on the role and valuation of outcomes other than health in health care decision making.