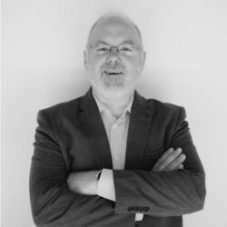 Richard Eves is an anthropologist at the ANU Department of Pacific Affairs and has published widely on issues of social change in Papua New Guinea.

His first book, The Magical Body: Power, Fame and Meaning in a Melanesian Society (1998), is a detailed study of social and cultural change in a rural community in New Ireland, where he has undertaken long-term fieldwork. Richard’s work now deals widely with contemporary issues in Melanesia, straddling the boundaries between anthropology, development and international health, with a particular focus on gender (including masculinity), violence (violence against women; sorcery and witchcraft-related violence) and the AIDS epidemic.

He also has experience in consulting on issues of health, AIDS and gender-based violence in PNG, having been a research advisor on two AusAID funded projects and a consultant for Caritas Australia. Richard has undertaken qualitative research in numerous provinces in PNG (including Southern Highlands, Hela, Western Highlands, Chimbu, Western, Eastern Highlands, Morobe, Milne Bay and the Autonomous Region of Bougainville) as well as the Solomon Islands.

With Leslie Butt, he co-edited the significant volume, Making Sense of AIDS: Culture, Sexuality, and Power in Melanesia (2008), a collection of anthropological papers on how the HIV epidemic in Melanesia is understood. In 2015, with Miranda Forsyth, he co-edited the volume, Talking it Through: Responses to Sorcery and Witchcraft Beliefs and Practices in Melanesia.

Most recently, he completed research for the multi-year Do No Harm project, funded by the Australian Government through the Department of Foreign Affairs and Trade’s Pacific Women Shaping Pacific Development. This project examined the relationship between women’s economic empowerment and violence against women in the Solomon Islands and Papua New Guinea.

In addition to applied research focussed on gender, he is completing an ethnography of contemporary Christianity in PNG, looking particularly at the influence of Pentecostalism in New Ireland.