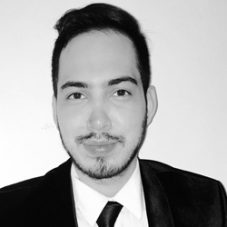 Richard Javad Heydarian is an assistant professor in political science at De La Salle University, and previously a policy adviser at the Philippine Congress.

He has written for and/or interviewed by Foreign Affairs, Aljazeera, ABC, BBC, Bloomberg, CNN, The New York Times, The Wall Street Journal, The Financial Times, The National Interest, The Nation, among other leading publications. He is a regular contributor to the Asia Maritime Transparency Initiative of the Center for Strategic and International Studies.

His latest book is Asia’s New Battlefield: US, China, and the Struggle for Western Pacific. The Manila Bulletin, a leading national daily, has described him as “among the foremost foreign affairs and economic analysts” in the Philippines.