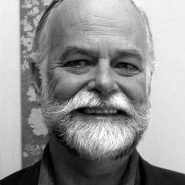 Richard Rigby is Associate Director of The Australian National University’s China in the World Institute within the College of Asia and the Pacific. He is also a Public Policy Fellow at ANU’s Crawford School.

Richard graduated in History at ANU in 1970 and went on to do his PhD – subsequently reworked and published by the ANU Press as The May 30th Movement – under Professor Wang Gungwu in the then Department of Far Eastern History (now the School of Culture, History & Language).

Richard joined Australia’s Department of Foreign Affairs in 1975, where he worked until the end of 2001: postings included Tokyo, Beijing (twice), Shanghai (Consul-General 1994-1998), London, and Israel (Ambassador, 2000-2001). He then joined the Office of National Assessments as Assistant Director-General, responsible for North and South Asia, where he worked until taking up his current position with the ANU China Institute in April 2008.

While engaged in government work, Richard continued to pursue his academic interests with a series of translations, book reviews and articles on China-related topics. His personal interests in Chinese studies are primarily literary and historical, but his profession has ensured a thorough immersion in all aspects of contemporary China and other major Asian cultures.