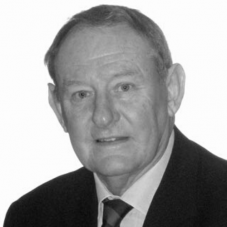 Richard (Ric) Smith was educated at the University of Western Australia and taught in Western Australian country high schools for three years before joining the Department of External Affairs in 1969.

In 2008 Mr Smith led the Review of Australia’s Homeland and Border Security, and in 2011 he co-led a review of the Australian Defence Force’s force posture. From 2009 to 2013 he served as Australia’s Special Envoy for Afghanistan and Pakistan.

Mr Smith is Chair of the RAND Corporation’s Australian Advisory Board. He is a Visiting Fellow at the Lowy Institute and at the Australian National University, and has been Co-Chair of the Australian Committee of the Council for Security Cooperation for Asia and the Pacific (CSCAP) since 2017.