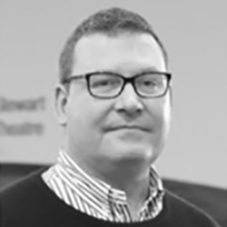 Dr Richard Whitecross is an Associate Professor in Law, Edinburgh Napier University. His research interests build on his background as a lawyer and social anthropologist and encompasses access to justice, particularly for refugees, asylum seekers and unaccompanied minors, as well as, migrants; socio-legal studies; environmental justice; ethnographic studies of everyday engagement with culture, law, and power; and minority and marginalised groups.

His thesis, The Zhabdrung’s Legacy: state transformation, law and social values in contemporary Bhutan won the RAI/Sutasoma Award 2001. Among his recent publications, are “Of Texts and Drama: Delivering Justice in Bhutan”, Buddhism, Law and Society, “Thrims khang and the Setting for Justice: The Spatial Evolution of the Courts of Justice in Bhutan”, Buddhism, Culture and Society in Bhutan, and “Law, ‘Tradition’ and Legitimacy: Contesting Driglam namzha”, Development Challenges in Bhutan.

In 2017, funded by the Royal Society of Edinburgh, Richard organised a series of workshops for policy leads and practitioners on unaccompanied minors in Scotland. He is currently conducting research in Scottish courts on domestic abuse. He is a member of the Law Society of Scotland Equalities Committee, and the Immigration, and Asylum Committee, as well as, the Scottish Parliament Cross-Party Working Group on Sectarianism.