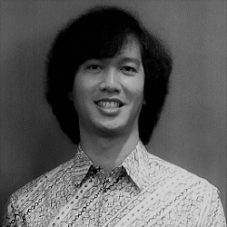 Since the beginning of 2018, he has been involved in the development of air and space law studies at the univeristy..

Ridha studied law at the International Institute of Air and Space Law Universiteit Leiden and Universitas Indonesia. He was also a participant at the European Centre for Space Law Summer Course 2015 held in Caen, France and was awarded the prestigious European Air Law Association Prize 2015 in Edinburgh.

Ridha has published several publications on air and space law topics which focus on Indonesia and the Southeast Asian region. He is also a contributor in national newspapers such as Harian Kompas and The Jakarta Post.