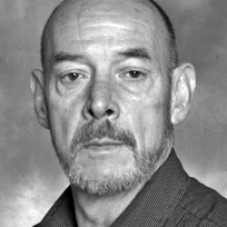 Dr J Rob Bray is a researcher at the ANU College of Arts and Social Sciences. He joined the ANU in 2010 after a long career in the Australian Public Service.

As an ANU researcher a significant part of his time has been spent undertaking commissioned research and evaluations, in addition to a range of his own research projects and providing guest lectures and seminars.

His research interests range across a wide span of social policy areas, including the interaction of social policy with the economy. This has included work on the interaction of the tax-transfer system and the role of the Australian minimum wage. A very large part of his commissioned research activity has been in the evaluation of income management policies in the Northern Territory.

His public service career involved working as a researcher, policy analyst, advisor, program developer and administrator. His work encompassed a wider range of social policy fields including employment policies, the provision of residential care for the aged, housing and urban policy, and income support policy, including working on the 2008-09 Pension Review as part of the ‘Australia’s Future Tax System’ review. In recognition of his work, in particular with regard to the analysis of poverty in Australia, he was awarded the Public Service Medal in 2010.