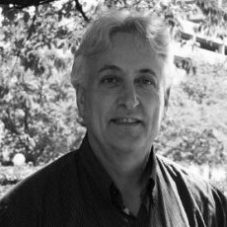 Professor Robert Costanza is a Chair in Public Policy at Crawford School of Public Policy. Prior to this, he was Distinguished University Professor of Sustainability, in the Institute for Sustainable Solutions at Portland State University. Before moving to PSU in Sept. 2010, he was the Gund Professor of Ecological Economics and founding director of the Gund Institute for Ecological Economics at the University of Vermont.

Dr Costanza received BA and MA degrees in Architecture and a Ph.D. in Environmental Engineering Sciences (Systems Ecology with Economics minor) all from the University of Florida.

Dr Costanza’s transdisciplinary research integrates the study of humans and the rest of nature to address research, policy and management issues at multiple time and space scales, from small watersheds to the global system. Dr Costanza is co-founder and past-president of the International Society for Ecological Economics, and was chief editor of the society’s journal, Ecological Economics from its inception in 1989 until 2002. He is founding co-editor (with Karin Limburg and [Ida Kubiszewski]) of Reviews in Ecological Economics. He currently serves on the editorial board of ten other international academic journals. He is also founding editor in chief of Solutions (www.thesolutionsjournal.org) a unique hybrid academic/popular journal.

His awards include a Kellogg National Fellowship, the Society for Conservation Biology Distinguished Achievement Award, a Pew Scholarship in Conservation and the Environment, the Kenneth Boulding Memorial Award for Outstanding Contributions in Ecological Economics, and honorary doctorates from Stockholm University and the Ecole Normale Supérieure de Lyon.

Dr Costanza is the author or co-author of over 500 scientific papers and 23 books. His work has been cited in more than 11,000 scientific articles and he has been named as one of ISI’s Highly Cited Researchers since 2004. More than 200 interviews and reports on his work have appeared in various popular media.