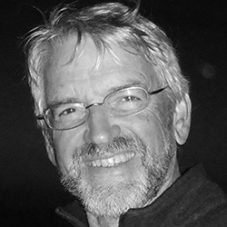 Robin Brown is the Deputy Chair of the Foundation for Effective Markets and Governance, which gives policy and regulatory advice to government, business, and civil society organisations in Australia and developing countries. He has also been a ministerial appointee on a number of statutory and non-statutory regulatory bodies.

Robin has consulted and advised government, business and civil society organisations in Australia and developing countries on consumer and competition policy and administration and government and industry accountability. He has worked with Consumers International on development of the United Nations Guidelines for Consumer Protection.

For a number of years Robin was Head of the Consumers’ Federation of Australia. He was instrumental in a legal win allowing regulation of second-hand tobacco smoke, in the establishment of the Consumers’ Health Forum and the Consumers’ Telecommunications Network (now the Australian Communications Consumer Action Network). He served on their governing bodies and on those of a number of other community sector organisations including the ACT Council of Social Service as president.

Robin has served as a ministerial appointee on regulatory boards in telecommunications, insurance, banking, drugs, chemicals, food standards, travel services and direct marketing and psychology and currently serves on the Dental Board of Australia and policy advisory boards in consumer protection, public health, manufacturing and social inclusion. He has worked for the Australian Agency for International Development.

He initiated and is the Deputy Chair of the Foundation for Effective Markets and Governance, Robin is an alumnus and Burgmann College at The Australian National Unviersity where he has also served as a board member, and of Crawford School.