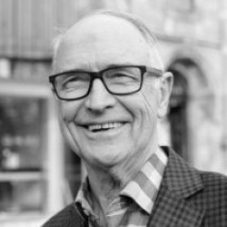 Ross Garnaut AC is Professorial Research Fellow in Economics at the University of Melbourne. His career has focused on the analysis of and practice of development, economic, and international policy in Australia, Asia, and the Pacific and he has held senior roles in universities, business, government and other Australian and international institutions.

Ross was Head of the Economics Department and Division of the Research School of Pacific and Asian Studies at ANU for over a decade from 1989.  He played leading roles from the mid-seventies until 2009 in building the university’s capacity in research and graduate education on Southeast Asia, China (including as Chairman of the China Economy and Business Program from its foundation in 1989 to 2009), and South Asia.

He is the author or editor (alone or jointly with others) of 48 books in addition to numerous influential articles in scholarly journals and books on international economics, public finance, and economic development. He has been Chairman of the Editorial Boards of the journals Asian-Pacific Economic Literature and Bulletin of Indonesian Economic Studies since 1989. Ross is a founding Director of both the Lowy Institute of International Policy and of Asialink. He has also been principal economic adviser to Australian Prime Minister Bob Hawke and Australian Ambassador to China.