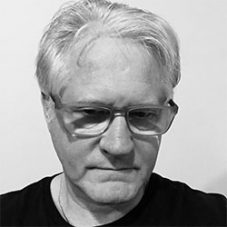 Russell Blackford is a philosopher, critic, author, and editor, based at the University of Newcastle, New South Wales, Australia.

Dr Blackford is a prolific essayist and commentator with interests including legal, political, and moral philosophy; philosophical bioethics; philosophy of religion; and debates surrounding visions of the human future.

He is a Fellow of the Institute for Ethics and Emerging Technologies and a Laureate of the International Academy of Humanism.