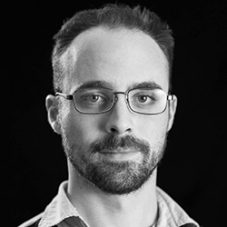 Ryan Hagemann is the technology and civil liberties policy analyst at the Niskanen Center.

His research specialties include privacy and surveillance, robotics and automation, decentralised networks, Internet policy, and issues at the intersection of sociology, economics, and technology.

He has previously authored works on the economic and social ramifications of autonomous vehicles and commercial drones with the Mercatus Center and has been published in U.S. News, the Foundation for Economic Education, The Hill, Project for the Study of the 21st Century, Watchdog Arena, and numerous other outlets. He also maintains an adjunct fellowship with TechFreedom, a libertarian nonprofit dedicated to advancing online freedom.

Ryan graduated from Boston University with a BA in International Relations, Foreign Policy and Security Studies and holds a Master of Public Policy in Science and Technology Policy from George Mason University.