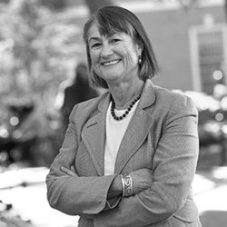 Sally Engle Merry is Silver Professor of Anthropology at New York University. She is also a Faculty Director of the Center for Human Rights and Global Justice at the New York University School of Law, and past president of the American Ethnological Society.

She is the author or editor of sixteen books and special journal issues. She received the Hurst Prize for Colonizing Hawai‘i in 2002, the Kalven Prize for scholarly contributions to sociolegal scholarship in 2007, and the J.I. Staley Prize for Human Rights and Gender Violence in 2010.

In 2013 she received an honorary degree from McGill School of Law and was the focus of an Author Colloquium at the Center for Interdisciplinary Research (ZIF) at the University of Bielefeld, Germany. She was an Honorary Professor at Australian National University.