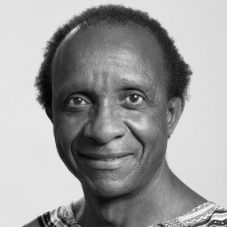 Samuel M. Makinda is Professor of International Relations and Security Studies, and the Founding Chair of the Security Terrorism and Counterterrorism Studies at Murdoch University, Perth, Australia. He has had extensive experience in the media and public policy. Professor Makinda was awarded the Order of Elder of the Burning Spear (EBS) by the then Kenyan President Mwai Kibaki in December 2011. In August 2012, the Celebration of African Australians Inc named him one of the top 100 most influential African Australians. He was a member of the Australian Foreign Minister’s National Consultative Committee for International Security Issues 2001-2008. In 2007 and 2009, the Kenyan government invited Professor Makinda to serve as a resource person at the biennial Ambassadors’ Conference. He previously worked with the Foreign Affairs Section of the Parliamentary Research Service at the Australian Federal Parliament in 1985/86.

He is a former editor of the Daily Nation and a political correspondent of The Weekly Review in Nairobi. Between June 2007 and June 2012, he wrote a weekly column in the Nairobi-based Business Daily. He has published five books and over 100 book chapters and journal articles on global security, terrorism, sovereignty, knowledge and development, and governance in Africa.