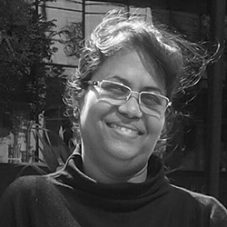 Dr Sanghita Sen is a researcher and tutor in the department of Film Studies, University of St Andrews, Scotland, UK.

She received her PhD degree in 2013 from Jadavpur University, India. She worked on nationalism(s) and popular aesthetics in the post-1992 Indian advertisements. She is currently working on the representation of an Indian radical left revolutionary movement in Indian popular and parallel cinema. Apart from Film and Media Studies, her research interests include postcolonial studies, feminism and gender Studies, cultural studies. Prior to joining the University of St Andrews she had been an Associate Professor of English in India nearly for two decades.