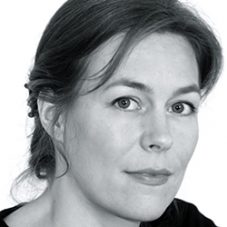 Sarah K. Kirchberger is the Head of the Center for Asia-Pacific Strategy and Security at the Institute for Security Policy at Kiel University (ISPK).

After studying Sinology, Political Science and Archaeology at Hamburg, Taipei and Trier as a scholar of the German Academic Scholarship Foundation (1994-2003), she received an M.A. in Sinology in 1999 and PhD in Sinology in 2004.

Before joining ISPK in 2017, Dr Kirchberger was an Assistant Professor of Sinology at the Asia-Africa-Institute (AAI), University of Hamburg for six years, and served as a naval analyst with shipbuilder Blohm + Voss during 2007-2010. Originally trained as a specialist in Chinese domestic politics and comparative government, her first monograph analysed informal rules in Chinese and Taiwanese politics. She has since published articles, policy briefs and book chapters on topics such as China’s political system, military modernisation, arms-industrial partnerships, and naval and space strategy.