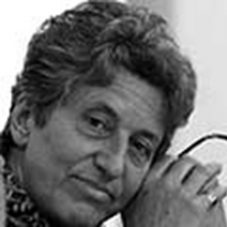 Saskia E Wieringa is an honorary Professor at the University of Amsterdam, holding the Chair on Women’s Same-Sex Relations Crossculturally. From 2005 till 2012 she was the Director of Aletta, Institute for Women’s History in Amsterdam. She is also the co-founder and presently secretary of the Kartini Asia Network. Since the late 1970s, she has done research on women’s movements, sexual politics and same-sex relations in many parts of the world, particularly in Indonesia. She has helped set up women’s studies programmes in the Caribbean, Namibia, the Sudan, and Bangladesh. She has lectured widely, for instance in Indonesia, Japan, Korea, Singapore, and South Africa.

She wrote and co-edited more than 30 books among which two novels (the latest is called Crocodile Hole, Jurnal Perempuan 2015) and over 200 articles.  She is a member of the Advisory Board of the Dutch Institute for Human Rights and regularly gives training on women’s, human and sexual rights.

Her recent research projects focus on women’s same-sex relations in historical perspective in Indonesia and on the post-1965 violence in East Java. She is the chair of the Foundation IPT 1965 which organized a People’s Tribunal on the Indonesian post-1965 crimes against humanity. Her latest book is entitled heteronormativity in Asia; passionate aesthetic and symbolic subversion (2015 Sussex Academic Publishers) She is currently preparing a monograph on the propaganda campaign organised by the military that incited the genocide in Indonesia.