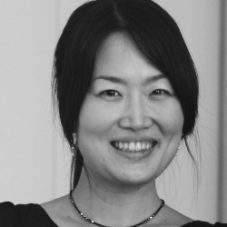 She received her PhD in international history from the Graduate Institute Geneva. Prior to starting her PhD studies, she was a South Korean foreign service officer working on issues related to WMD disarmament and nonproliferation, and she participated in the United Nations Program of Fellowships on Disarmament in 2009.

In addition, she was a research fellow and an associate at Harvard Kennedy School’s Belfer Center for Science and International Affairs, a nonresident James A. Kelly fellow in Korean Studies at the Pacific Forum CSIS, and a visiting scholar at the George Washington University’s Institute for Security and Conflict Studies under the Albert Gallatin Fellowship in International Affairs.

Her PhD dissertation analyzes a variety of nuclear dynamics behind U.S.–South Korean relations from 1945 to 1975. Her previous works have been published in the Journal of Strategic Studies, the National Interest, the Diplomat, Policy Forum, E-International Relations, the Washington Post, and the Woodrow Wilson Center’s Sources and Methods. Her chapter on the early history of South Korea’s nuclear energy industry has been also published in an edited volume, Economic Development and Environmental History in the Anthropocene: Perspective on Asia and Africa.