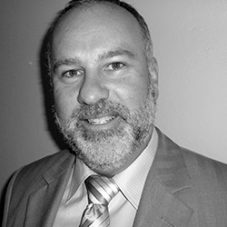 Sebastian was a public servant for 16 years, working in health in both state and federal governments. He was then Deputy CEO of the Mental Health Council of Australia from 2005-2009, assisting in the publication of the seminal Not for Service report (2005) as well as other reports. He also works part-time at ANU and holds a position as Senior Lecturer at the Brain and Mind Centre at the University of Sydney, as well as being a private consultant in the area of mental health.

From 2009-2012, Sebastian was a member of the NHMRC’s Prevention and Community Health Committee. He is currently a member of the Executive Board of the Australian Health Care Reform Alliance and the MindOUT LGBTQI Expert Advisory Panel. He is the Brain and Mind Centre’s representative at Mental Health Australia.

In 2017, Sebastian completed his PhD: Is Anybody Getting Better – Accountabilty for Mental Health in Australia.

He is currently researching new tools in accountability for mental health, attempting to assess system performance and whether what is being done for people is actually helping.