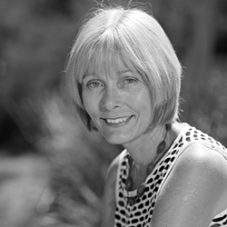 She was formerly Pro Vice-Chancellor of Education & Global Education at ANU, and Dean at the ANU College of Business & Economics.

In 2011, The Guardian named Professor Leitch one of the top 10 social media influencers in Australian higher education for her blog and Twitter posts from @ShirleyLeitch.

She has written more than 100 peer-reviewed papers and held more than $5 million in national competitive grants. She has undertaken senior advisory roles for government and industry and contributed to numerous government reviews.

Professor Leitch’s research is focused on public discourse and change, including engagement and communication in relation to controversial science. Her current projects include a book on social media, commissioned by Routledge, and an Australian Research Council Discovery project on the communication strategies of the mining industry.

She also held academic posts at the University of Auckland, Massey University and Victoria University of Wellington, and is an A-ranked scholar under New Zealand’s Performance-Based Research Fund research assessment system.

At Swinburne University she led the Socially Sustainable Technologies Flagship in the Institute of Social Research and was the founding chair of Online Education Services Ltd, a successful joint venture with online employment and education business SEEK Ltd.