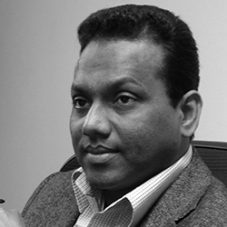 He has served as a researcher and research fellow in several international agencies, including the United Nations Institute for Disarmament Research in Geneva, Switzerland, the Bonn International Center for Conversion in Bonn, Germany, and the Peace and Governance Program of the United Nations University in Tokyo, Japan.

He was a recipient of the Japan Society for the Promotion of Science-United Nations University (JSPS-UNU) Post-doctoral Fellowship (2007), Asialink Teaching Fellowship in the Department of Social Anthropology, University of Bielefeld, Germany (2005), German Academic Exchange Program (DAAD) Fellowship at the University of Heidelberg, Germany (2002) and the Rotary Foundation Ambassadorial Scholarship in the United States (1995).

Dr Keethaponcalan has published widely on conflict and peace-related issues in Sri Lanka and South Asia.