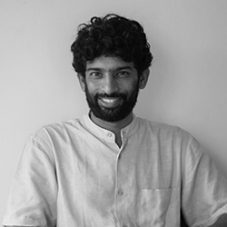 Siddharth Chakravarty is currently pursuing a course in Public Policy at the Takshashila Institution, India. As an independent researcher, his interests lie in studying industrial, distant-water fishing fleets from the perspective of labour-supply chains.

Siddharth began his career at sea by joining the merchant marine in 2001 as a deck cadet and over the next decade he worked on chemical and petroleum tankers. Wanting to re-purpose his skill-set he joined Sea Shepherd Global, a marine conservation organisation in 2011. After spending five years and leading eight direct-action campaigns with the group, he chose to return to India in 2016, where he currently resides.

Having interacted with the oceans for 15 years, first from a commercial perspective and then from a conservation one, he finds himself uniquely placed to study the application of international conventions to ship-based environments. Migration, absence of mobility, vulnerability and hierarchy act as impediments to the transparent application and execution of these conventions, which in turn provide flawed data to economists and scientists. In a highly globalised, transnational industry, he believes that empowering migrant crew to be the primary stakeholders of the oceans provides a rights-based approach in restoring ocean health.