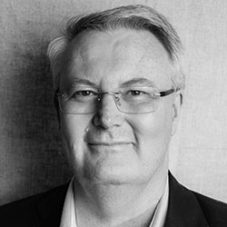 Dr Simon Longstaff is Executive Director of The Ethics Centre.

Dr Longstaff’s distinguished career includes being named as one of AFR Boss True Leaders for the 21st century, with Carol Schwartz noting, “I don’t know one CEO or chairman in corporate Australia who has not worked with Simon Longstaff”.

Simon has a PhD in Philosophy from Cambridge University where he lectured and consulted to the Cambridge Commonwealth and Overseas Trusts. He worked in the Northern Territory in the Safety Department of BHP subsidiary, GEMCO before becoming the inaugural Executive Director of The Ethics Centre in 1991. He was also inaugural President of The Australian Association for Professional & Applied Ethics, and serves on a number of boards and committees across a broad spectrum of activities.

He is a Fellow of the World Economic Forum, Chairman of the International Advisory Board of the Genographic Project, and Deputy Chairman of the Global Reporting Initiative Board.