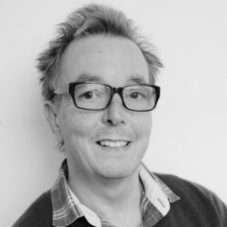 Dr Sinclair Dinnen is an Associate Professor and Deputy Director (Research) at ANU Department of Pacific Affairs (DPA). He joined DPA in 1996 as a postdoctoral fellow.

He has longstanding research interests in the areas of regulatory pluralism, comparative criminology, justice reform, policing, conflict, peacebuilding, and post-colonial state formation and nation-building. These include the contested and syncretic character of authority, regulation and peacebuilding in Melanesia and its implications for institutional development and state formation.

He also has an ongoing interest in the changing discourse and practice of international development and, in particular, the security-development nexus. Sinclair has published in a range of journals including Oceania, Contemporary Pacific, Third World Quarterly, Policing & Society, and Conflict, Security & Development, as well as chapters in edited collections, and has also co-edited several books including, most recently – with Vicki Luker – Civic Insecurity: Law, Order and HIV in Papua New Guinea (ANU Press, 2010). He has undertaken policy work for international donors and non-government organisations including AusAID, NZAID, World Bank, UNICEF, Asia Foundation, and ODI.