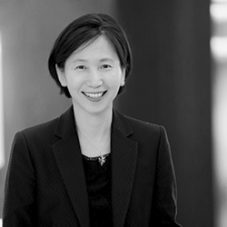 Sook Jong Lee is president of the East Asia Institute, an independent Seoul-based think tank that is serving as a representative institution of the Asia Democracy Research Network. She is also a professor of public administration at Sungkyunkwan University and leads governance-related research networks in academia.

Currently, Dr Lee holds a number of advisory positions in the South Korean government, including Ministry of Foreign Affairs and Ministry of Unification. Dr Lee also participates as a member of the Trilateral Commission, Council of Councils, and many other transnational networks on research and policy studies. Since 2015, she has served as a Steering Committee member of the World Movement for Democracy.

Her research interests include multilateralism, democracy, and civil societies, focusing on South Korea, Japan, and other East Asian countries. Previously, Dr Lee was a research fellow at the Sejong Institute, visiting fellow at the Brookings Institution, professorial lecturer at the School of Advanced International Studies (SAIS) at Johns Hopkins University, and visiting fellow at the German Institute for Global and Area Studies.