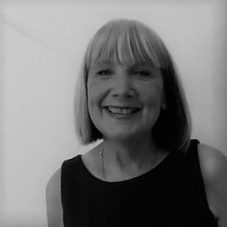 Reverend Dr Stephanie Dowrick is an author, activist, and inter-faith minister. She was the first Managing Director of the influential British publishing house The Women’s Press. Some of her books include Intimacy and Solitude, Everyday Kindness, and Seeking the Sacred and has written for the Sydney Morning Herald for many years.

Stephanie has been writing and teaching from a spiritually inclusive, social justice perspective for more than 30 years and, since 2006, has been leading one of the world’s most diverse spiritual communities, with its home first at Sydney’s Pitt Street Uniting Church, and now at InnerSpace Centre, Five Dock, in addition to its retreat home at Mana Retreat Centre in New Zealand.  She was ordained by the interfaith New Seminary, New York, in 2005. She earned a PhD in literature and spirituality from the Writing and Society Research Group at Western Sydney University.